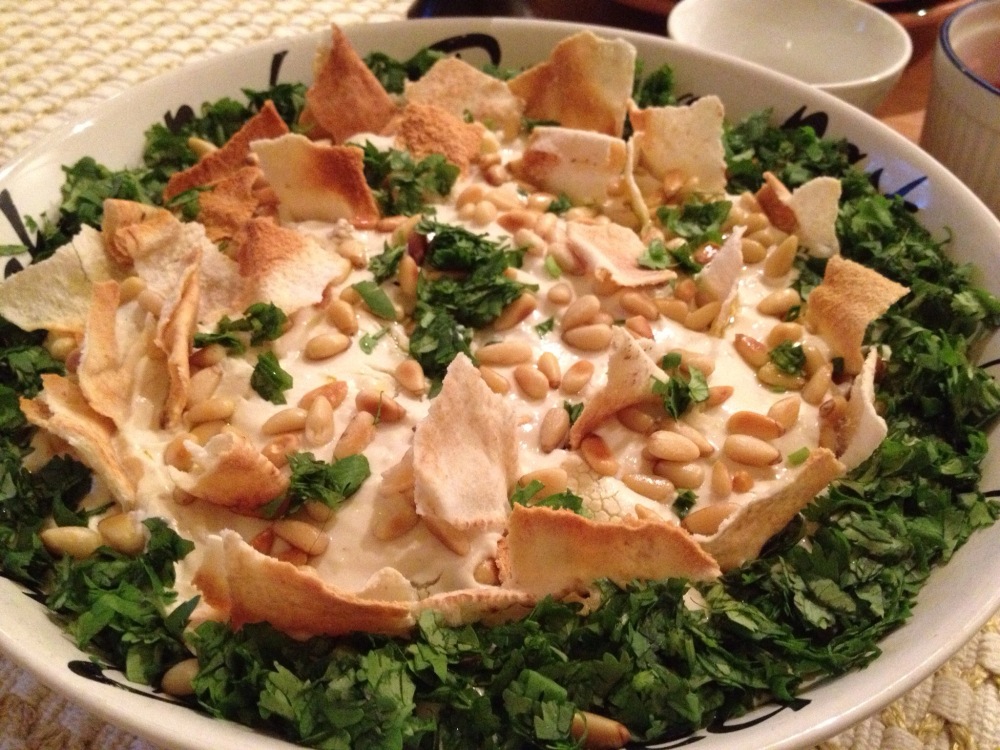 Arabic comfort food at its best. Fattah is a wonderfully complex and heart warming arabic dish. It was the first dish my beau cooked for me and it holds a very special place in my heart- and in my stomach! 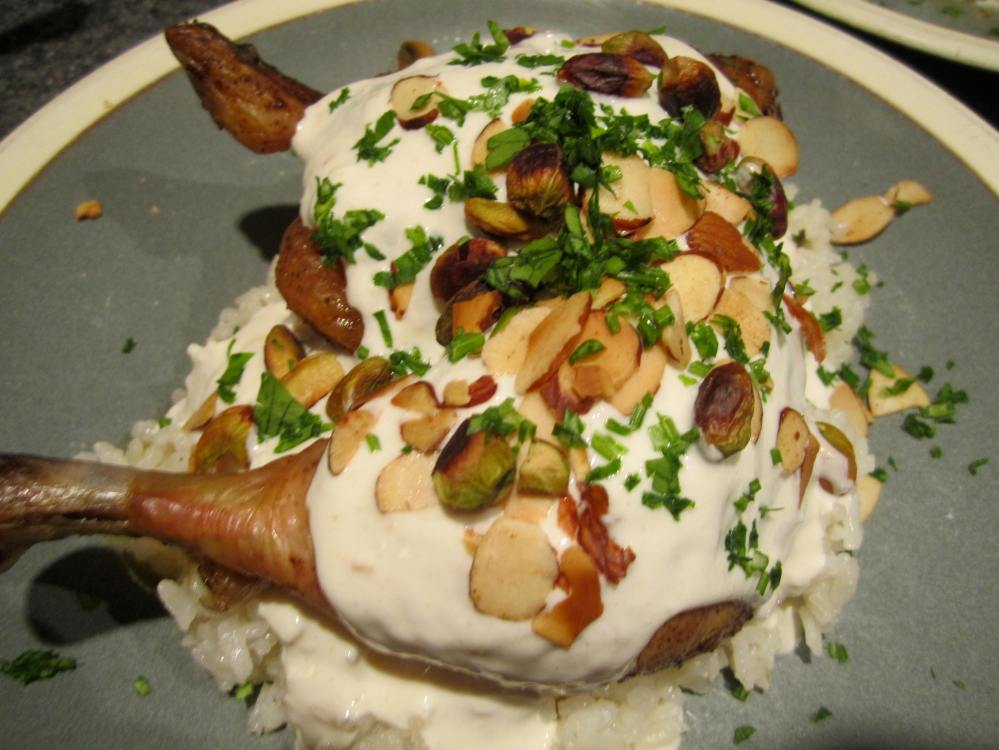 Fattah is a celebratory meal, traditionally served during Eid or for other special occasions. There are several kinds of fattah: Egyptian, Lebanese, Syrian… The most traditional being lamb fattah, which was the first one I tried. Lamb fattah, in  Egypt, is normally reserved for the celebration of Eid- after Hajj.

Fattah is composed of several elements, mainly bread, rice, meat or a type of grain, sauce, and nuts. The term fattah means soaked bread, thus a good broth is essential {not only for the bread but for the rice as well}! Egyptian fattah consists of a vinegar & garlic sauce, while Middle Eastern countries use a yogurt & tahina sauce.

The following recipe is for Middle Eastern Chicken Fattah. Layers of crunchy bread, rice, and juicy chicken covered in a rich, yogurt-tahini sauce. This dish is topped with toasted nuts, which add complexity and crunch.

This recipe makes about 6 servings

As I mentioned before, there are various elements to this dish, so I like to use time efficiently and prepare it in the following order. 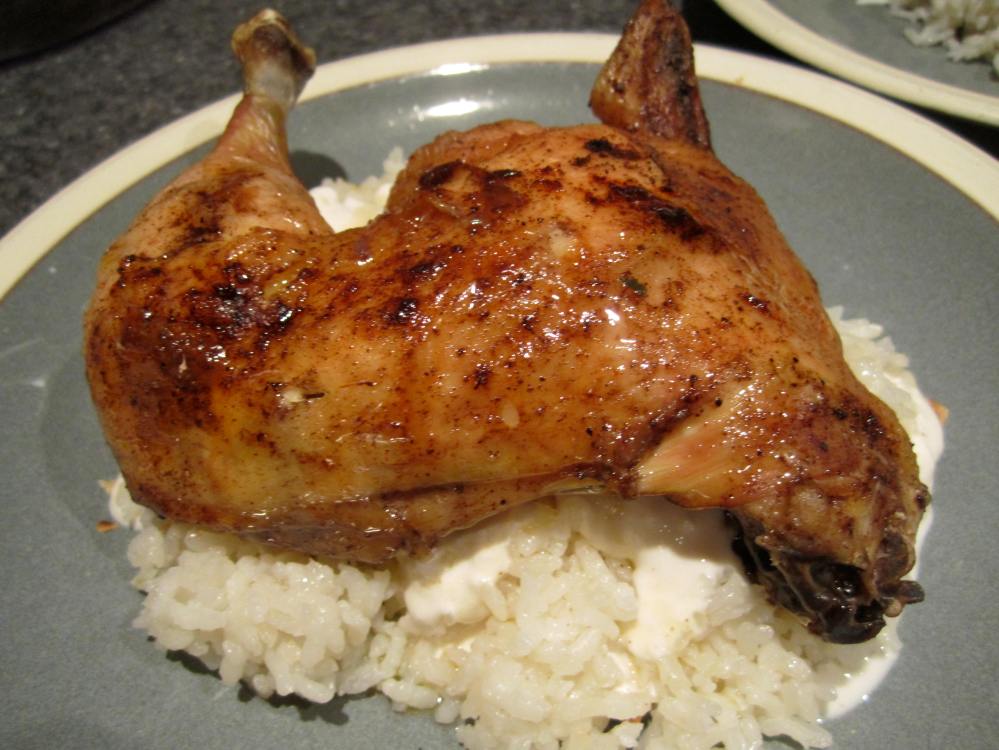 Never forget the little things…
While the chicken is in the oven I toast the bread, the nuts, and prepare the sauce. Normally the bread and nuts are fried in clarified butter, but since I’m kind of on a healthy streak {and preparing for lovely upcoming events!!} I prefer toasting them. It’s always a good idea to cut down on fat, but if you don’t want to sacrifice flavor you can toast half and fry the rest, compromise! 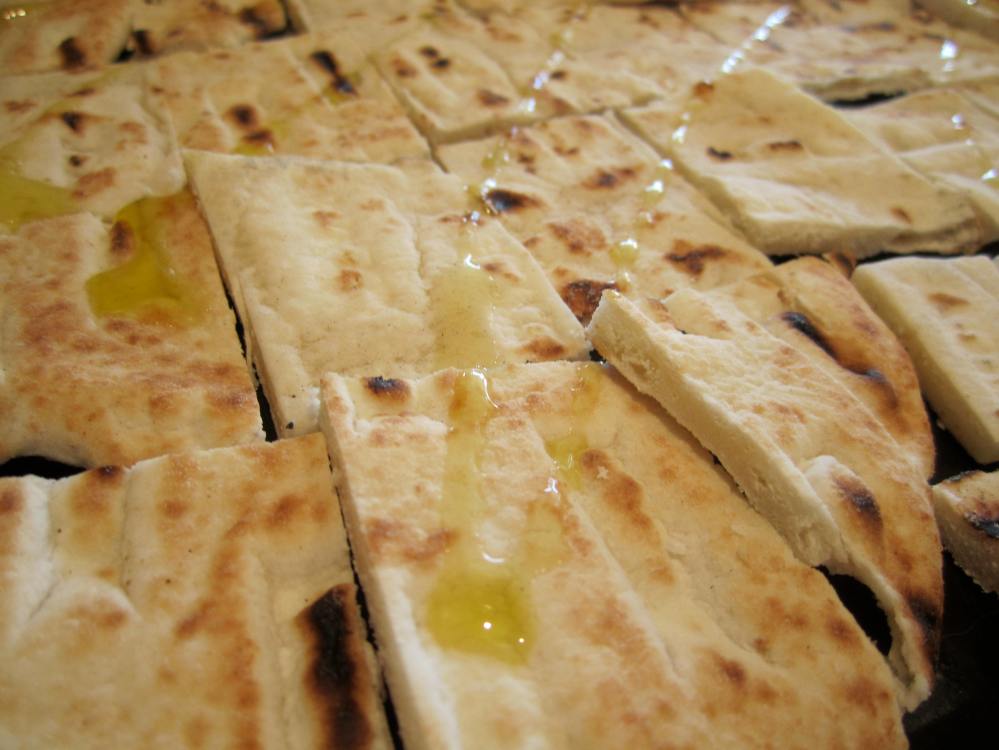 BREAD
Use about 3 pieces of of arabic bread per recipe. Cut them into 2 cm (about 1 in) squares, drizzle a bit of olive oil, and toast until nicely golden.

NUTS
I use about 1-2 handfuls of sliced almonds and pistachios, each. You can add some pine nuts in the mix too! Toast and reserve. 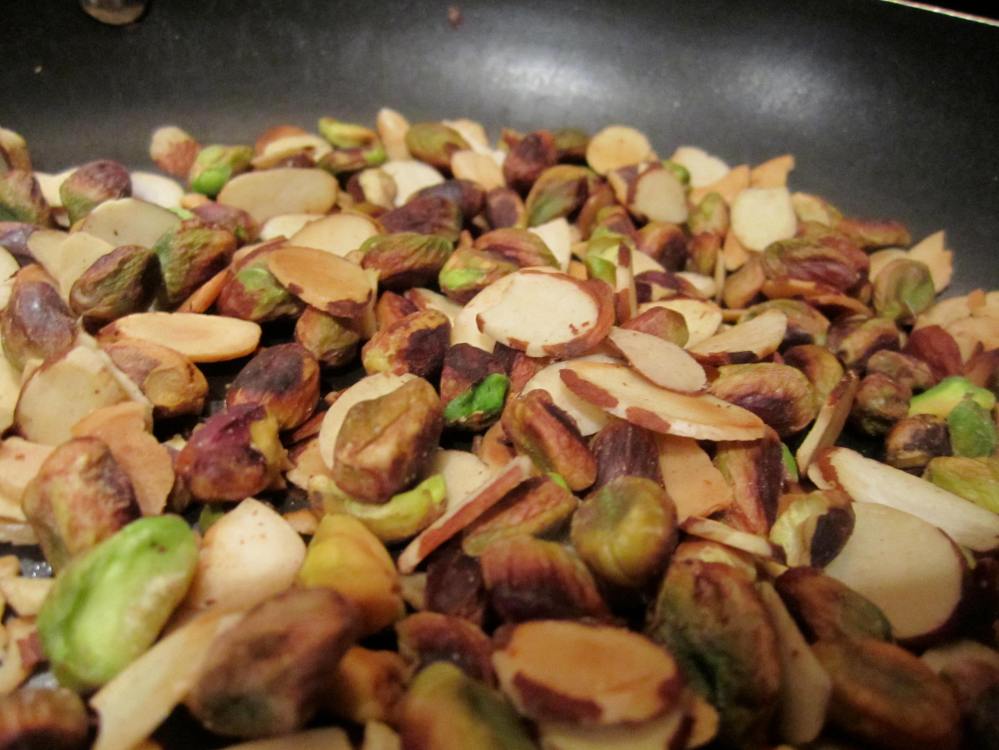 Rice
I like to prepare the rice once all the other elements are done, and the chicken is about half way done.

Finally, my favorite part: the assembly
Once everything is ready you can start plating! Place a layer of bread at the bottom of the dish (or pyrex) pour some broth or yogurt-tahina sauce. 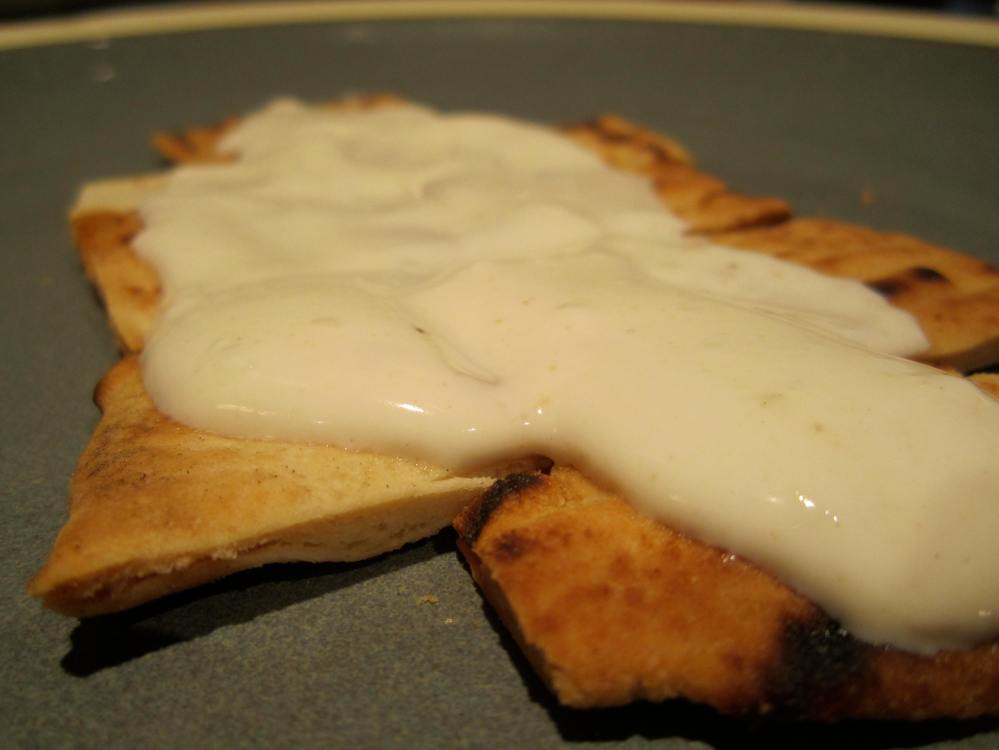 Cover with a layer of rice pour more yogurt-tahina sauce over it. 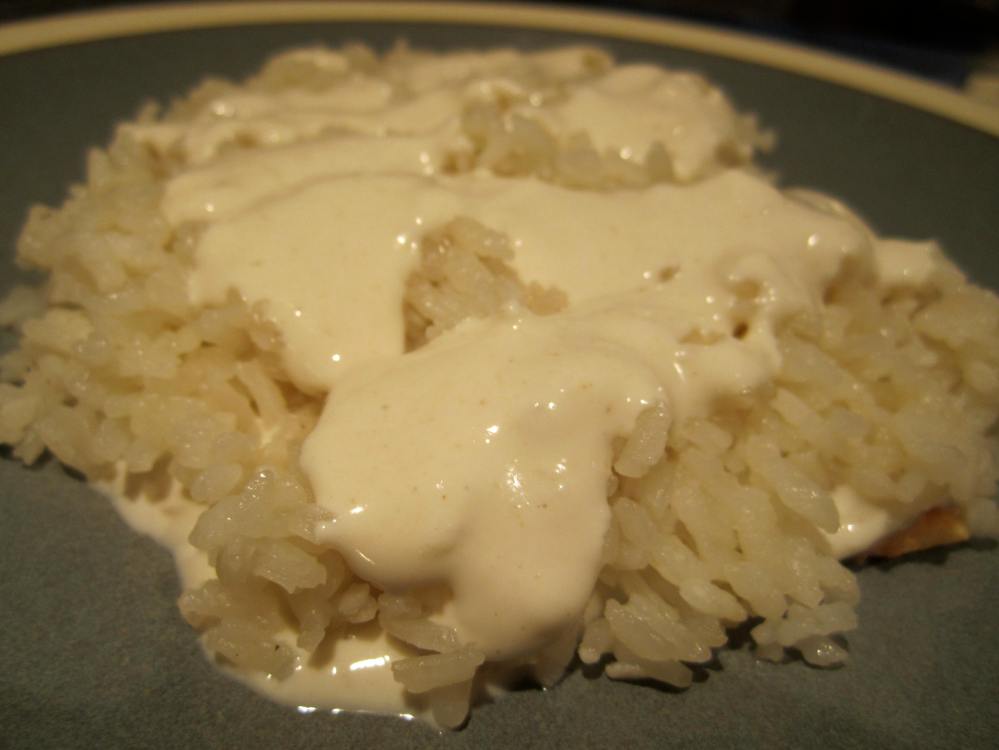 My mouth is watering as I write the recipe, I want fattah now!!

Thanks for reading! Enjoy!

*Arabic spice is normally a mixture of cumin, coriander, nutmeg, cinnamon, and cloves. It may vary according to the region and can contain more or less spices